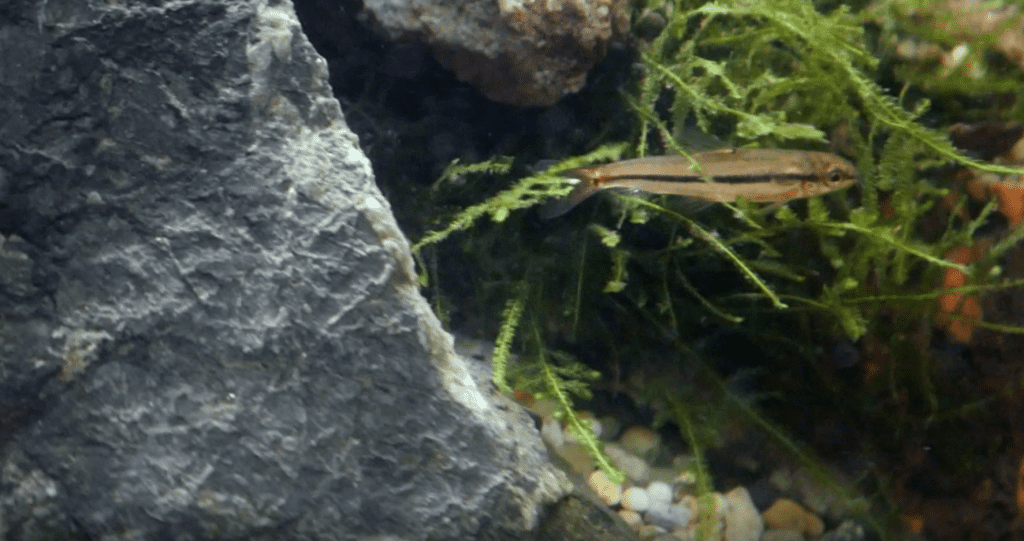 Rosy Loach is a type of loach that is active, colorful, and small. While they aren’t the most common type of loach, they can be a great choice, especially for smaller aquariums. Originating in Myanmar and Thailand, Rosy Loaches are somewhat rare in the aquarium hobby and can be difficult to find. This species has … 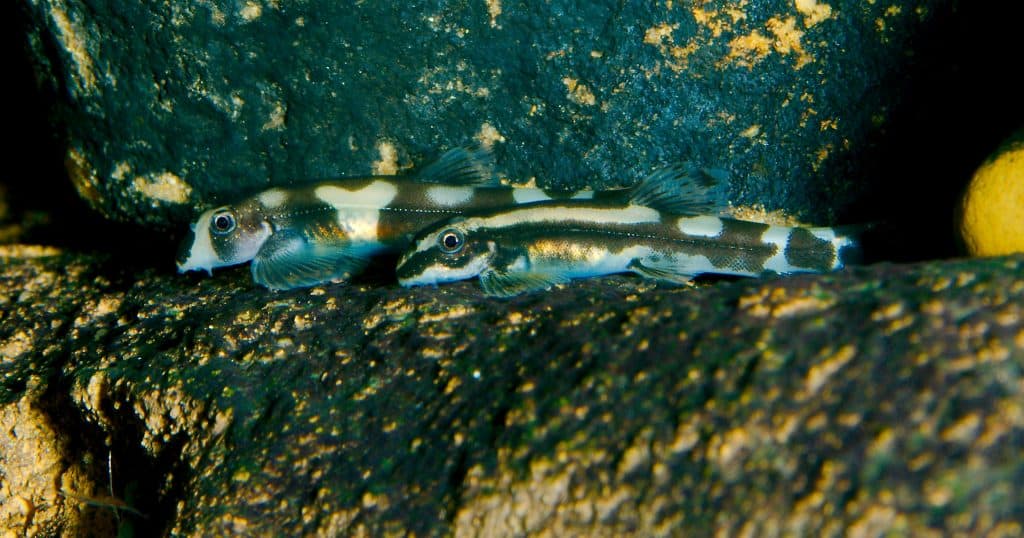 Panda Loach is a type of loach fish that are native to the fast-moving mountain streams in Guangxi Province, China. This active and peaceful fish gets its name from irregular black bands over a lighter-colored body. This species is available to hobbyists but is rare. While the fish isn’t endangered or threatened, authorities in China … 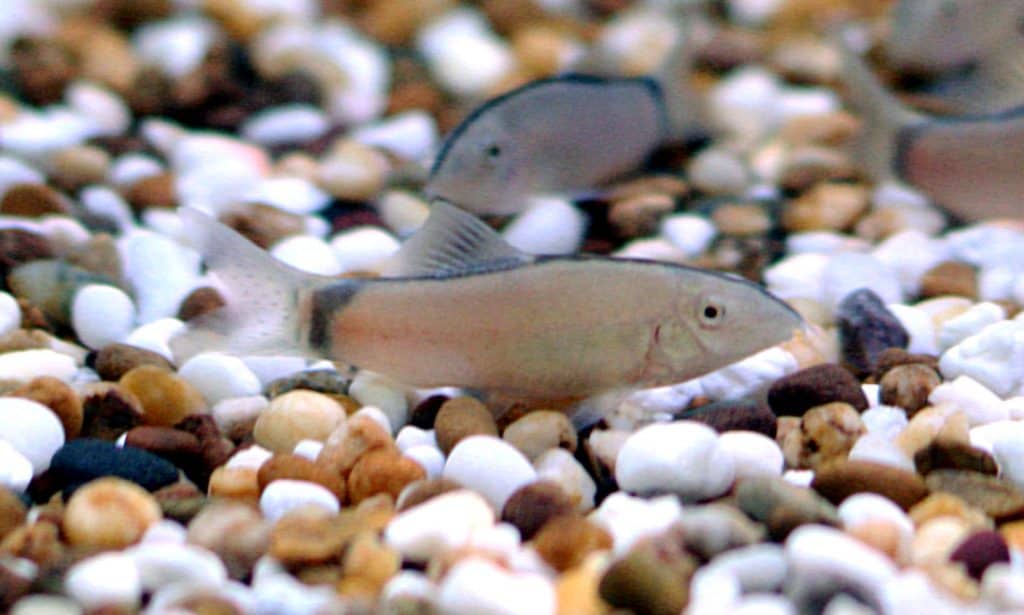 Skunk Loach is a type of loach fish that are native to both still and fast-moving waters in Thailand, Cambodia, Laos, and northern parts of India. They have pinkish body coloration with a black stripe that starts at their head and runs along the back to the tail. A shoaling fish, Skunk Loaches like the …

Native to fast-moving headwaters in Myanmar and Thailand, the Tiger Loach is a rare and eye-catching loach fish in the aquarium hobby. Also known as Redfin Tiger Loach, this species has bright red fins when mature. Somewhat aggressive, this fish is best in groups of six to eight or more, and is often kept in … 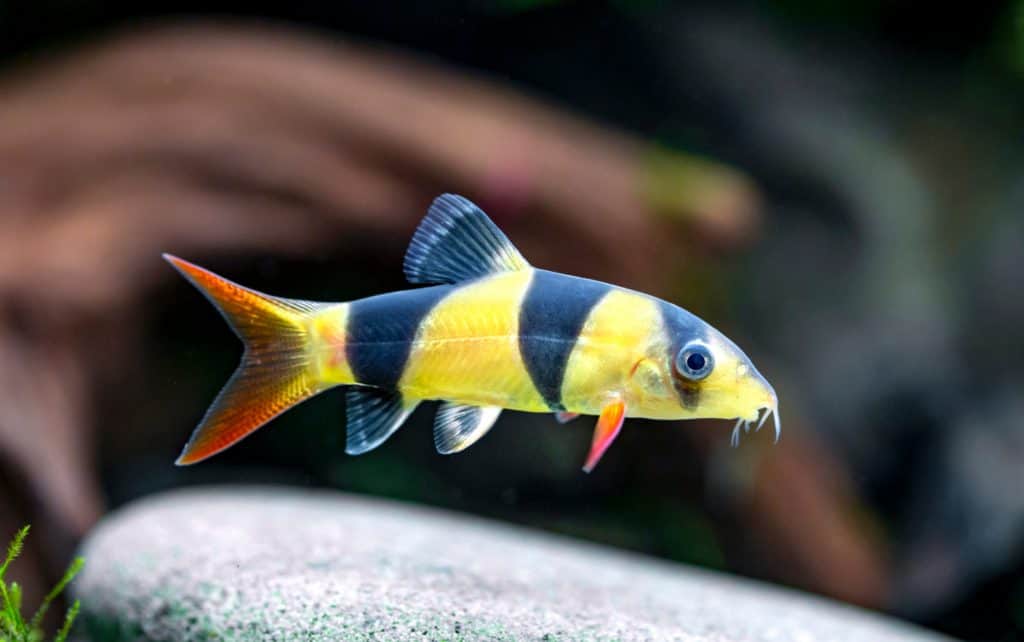 Clown Loaches are a type of loach fish with an arched body that is slender and made for cutting through the water quickly. Clown Loaches have an orangish to yellow body with black wavy stripes. They also have a black stripe that cuts down over their eyes.  Clown Loaches have bright red fins that resemble clown shoes. Clown Loaches also sport 4 pairs of barbels on their lower jaw and lip that are hard to see unless you are looking up close. They are not only named for their interesting markings, but they are named for their active and silly behaviors in the home aquarium. Owners of Clown Loaches have reported them swimming upside down and even playing dead. 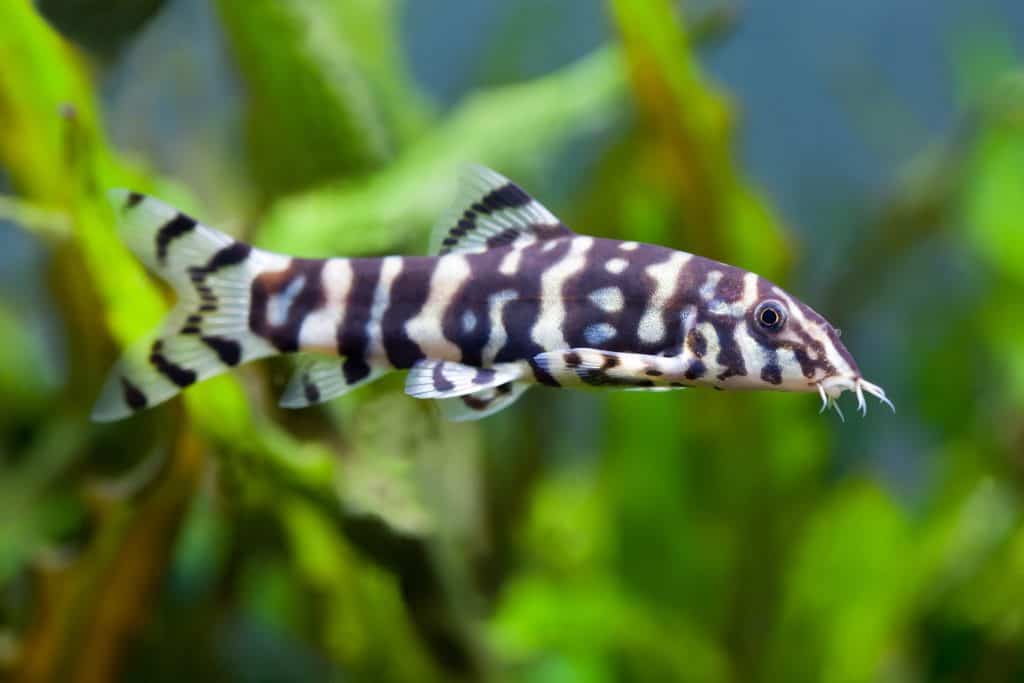 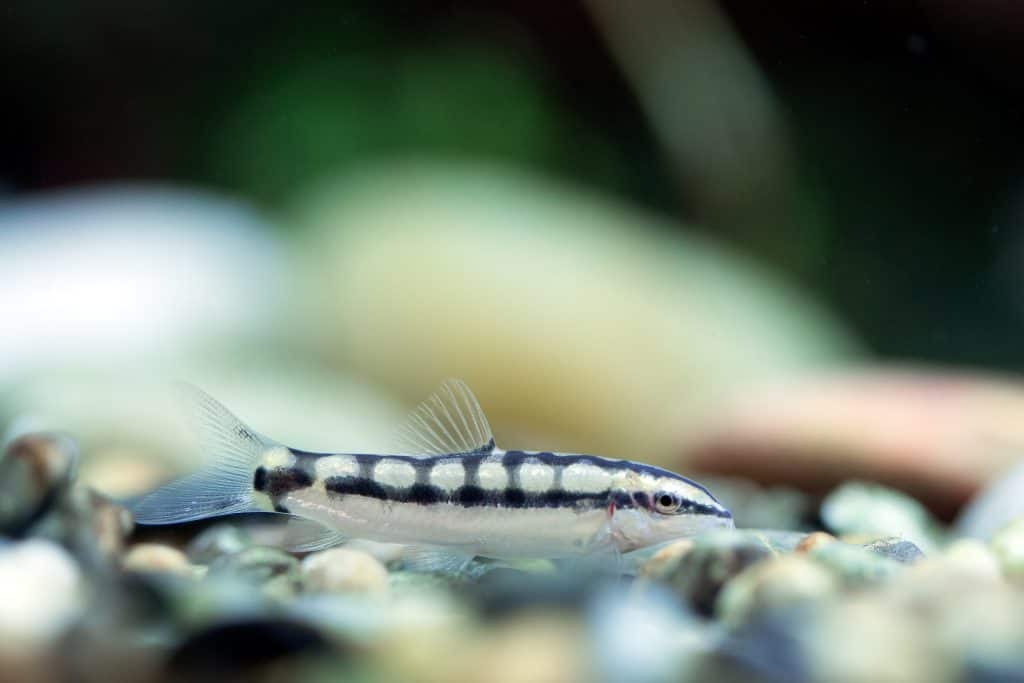 The Dwarf Chain Loach (Ambastaia Sidthimunki) is not the most common fish in the aquarium hobby. However, this interesting loach type should not be overlooked. If you’re looking for a spectacle in your tank, this fish is extremely active and is known to put on a show called a ‘loach dance’. They are even reported … 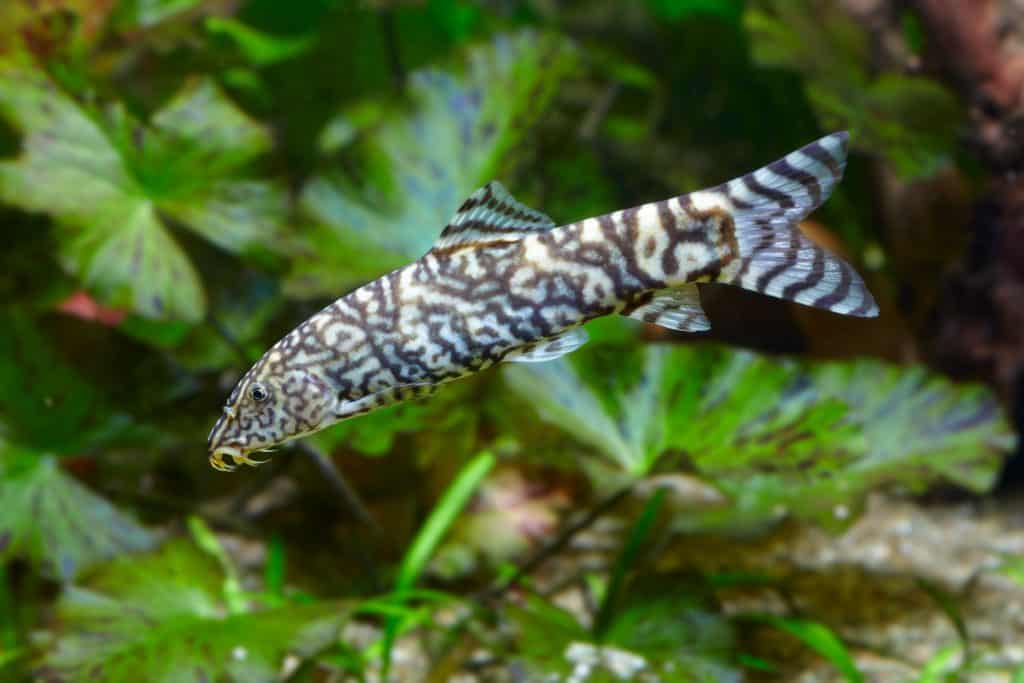 The Yoyo Loach (Botia almorhae), also known as Alora Loach, is a type of loach that originates from Pakistan. The name Yoyo Loach originated after photographer Ken Childs noticed how the fish resembles a child’s yoyo as it swims up and down, with a yoyo pattern on its sides. The Yoyo Loach belongs to the … 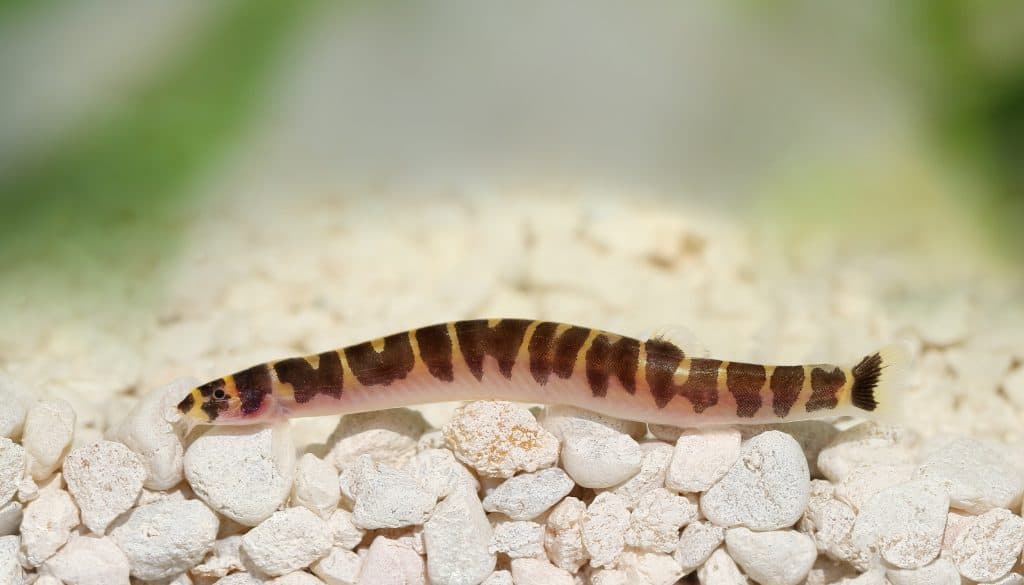 Kuhli Loach (Pangio kuhlii) is an eel-like freshwater fish that originate from Indonesia, Malaysia, and Thailand. They were classified in Indonesia in 1846. They have a long body, but they are not actually eels. It is believed that they were originally considered a food source in Southeast Asia. In the wild, they inhabit freshwater bodies such as rivers, lakes, and streams. Today, due to their unique appearance, they have become a very popular aquarium fish. 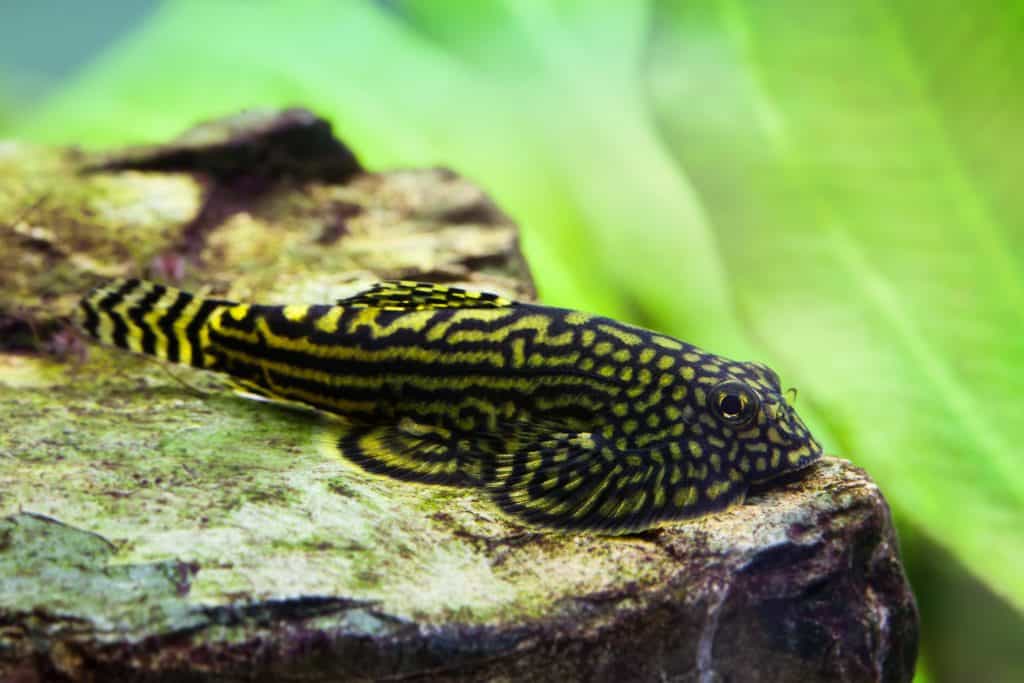 Reticulated Hillstream Loaches originate from Vietnam and can be found in fast-flowing waters located within Laos; Quang Ngai; Thua Thien-Hue; Binh Dinh and Quang Nam. They have hydrodynamic characteristics, such as a smooth body (their scales are tiny), depressed undersides, wing-like pectoral and pelvic fins and rays. Their underside and fins work as powerful ventral discs, which give them the ability to cling onto stones and smooth surfaces while facing violent currents.