The Australian lungfish (Neoceratodus forsteri), also known as the Queensland lungfish, Burnett salmon and barramunda, is the only surviving member of the Neoceratodontidae family. Endemic to Australia, they are an ancient species of lobe-finned fish. They are also one of only six extant lungfish species in the world.

Scientists have dated fossils from this family back 380 million years. Fossils of lungfish almost identical to this species have been uncovered, indicating that they have remained virtually unchanged for well over 100 million years. That makes this living fossil one of the oldest living vertebrate genera on the planet.

A distinctive characteristic of the Australian lungfish is that they have a single dorsal lung, which extends the length of the body cavity. This is to supplement the oxygen supply through their gills. During times of drought, excessive activity, or higher water temperatures (when the oxygen levels drop), lungfish can rise to the surface and swallow air into its lung. They are known to make a strange bellow-like sound when they exhale on the surface.

Due to their ability to breathe separately from their gills, they can survive for quite a long time out of water. As long as their skin is kept moist, they can live out of water for several days at a time. Unlike the African species of lungfish, they do not secret a mucous cocoon and bury themselves in the mud, which they do to survive the dry season.

Australian lungfish are olive-green to dull brown on the back, sides, tail and fins, and pale yellow to orange on their underside. They have stout elongated bodies with flattened heads and small eyes. Their bodies are covered in large, bony scales. The scales are each embedded in their own pockets and overlap in a way that the vulnerable areas of the body are covered by a thickness of at least 4 scales. They have long paddle-shaped diphycercal tails and pectoral and pelvic fins that are fleshy and slipper-like. The dorsal fin starts in the middle of the back and it flows into the caudal and anal fins.

How to Care for Australian Lungfish

If you can find one to purchase for your aquarium, Australian lungfish are considered very hardy and relatively easy to maintain. This is mostly due to their ability to survive harsh and changing conditions, and their rather extensive diet options.

Australian lungfish require a water pH between 6.5 and 8.0.

In an aquarium, Australian lungfish don’t grow nearly as large, but they are still capable of reaching up to 3 feet in length.

The diet of Australian lungfish changes as they grow, especially as their dentition develops. When young lungfish first begin to feed, they possess several sharp, cone-shaped teeth that help to seize and hold their prey. At this stage, they typically eat worms and small crustaceans.

Once the fish mature, their cone-shaped teeth expand and slightly erode into tooth plates. Adult Australian lungfish are benthic omnivores, and feed on a variety of food sources, including frogs, tadpoles, fish, shrimp, prawns, worms, snails, and mollusks. For plant matter, they eat moss, fallen flowers from Eucalyptus trees, and aquatic plants.

It was thought until recently that Australian lungfish mostly used their sense of smell to locate hidden prey. It is now know that they can use electroreception to hunt. Research on the anatomy of lungfish has shown the presence of organs similar to those in other fishes, such as sharks.

Australian lungfish are also capable of detecting vibrations produced by other animals. This helps not only when hunting for prey, but also survival.

Australian lungfish have quite long life spans, regularly reaching 60 years and older. It is believed that some of these prehistoric fish can live to be up to 100 years old. This needs to be taken into account when considering a lungfish for your aquarium.

The Shedd Aquarium in Chicago, Illinois had an Australian lungfish known as “Grandad” that lived to be over 80 years old.

As they grow quite large, Australian lungfish need a fairly substantial-sized tank. The minimum size that would be suitable is 8 feet long, 4 feet wide, and 2 to 4 feet tall. They can be kept in smaller tanks that they can outgrow as juveniles, but the sooner you can get them into their permanent tank the better.

The ideal tank setup for an Australian lungfish has a sand substrate, smooth river rocks, and smooth pieces of driftwood. A gravel substrate is also acceptable, but sand is preferred as it better mimics their natural habitat. Lots of hiding places should be provided to make your fish feel as comfortable as possible. Roughly 6 inches should be left between the top of the water and the top of the tank. This is to allow the fish to access the atmospheric air it needs to survive.

The most important aspect of an Australian lungfish’s tank is the cover. Lungfish, especially when they are young, are known to be escape artists. If there are any openings around the top of their tank, they will attempt to escape.

As they are a nocturnal species, a dark substrate and dim lighting will encourage them to be more active during the daytime hours.

In the wild, Australian lungfish generally live in still or slow-moving vegetated pools in the river systems of south-eastern Queensland. For this reason, the less water movement you have in their tank, the better.

As it is a CITES-protected species, Australian lungfish can only be bred for sale by a handful of licensed breeders in Australia. These fish are microchipped and come with a special certificate so that you know where they came from.

Although breeding in captivity has been achieved, very little information is available on the process. This is due to the strict monitoring and conditions of the breeder’s license. It took a lot of research and effort to get the process perfected to the point that they can offer fish for sale to the entire aquarium market.

Collecting Australian lungfish from the wild requires special permits, as they are a CITES-protected species.

How do Australian Lungfish breed in the wild?

In their natural habitat, Australian lungfish spawn at night, between August and December, with peak activity in late October. Unlike their South American and African relatives, Australian lungfish do not make a nest or care for the eggs. Males reach sexual maturity around 17 years, and females 22 years.

When spawning takes place, the pair will lie on their sides or become intertwined. They typically deposit their eggs singly, sometimes in pairs, but very rarely in clusters. The male fertilizes each egg as it is laid, with the eggs being deposited on aquatic vegetation. The female usually lays between 50 and 100 eggs. Over her lifetime, a female Australian lungfish will only produce a few hundred eggs at most.

Australian lungfish are selective in their choice of spawning site. They prefer aquatic plants rooted in gravel and sand, in either fast or slow-moving water, with no real preference for sun or shade. They will avoid all plants covered with slimy algae, any stagnant water, and water that has loose debris on the water’s surface.

The eggs will hatch in roughly 3 weeks, and resemble tadpoles once hatched. The young fish are slow growing, reaching approximately 2.5” after 8 months, and taking about 2 years to reach 5”. Under optimal conditions, their growth rate is only about 2 inches per month.

Australian lungfish do not necessarily spawn every year but have cycles that seem to peak every 5 years or so, regardless of environmental conditions.

How to tell the difference between Male and Female Australian Lungfish

It can be very difficult to tell the difference between male and female Australian lungfish. The most obvious indicator is size, as the females of the species are generally larger than the males.

Males have a reddish color along their sides that become much brighter during breeding season.

Even though they are very hardy fish, Australian lungfish can still develop diseases, or be adversely affected by poor water conditions. Always being on the lookout for diseases in your tank is the best way to ensure your lungfish has a healthy life.

Many freshwater diseases that affect other fish can also affect your lungfish. Changes in their behavior or markings on their bodies will generally be the first signs.

As Australian lungfish can grow to be so large, there are lots of options for smaller fish to go in their tank with them. However, when they are juveniles it is best to keep them with slow-moving fish or nano fish that won’t outcompete them for food. Their fins can also be damaged quite easily by overly-aggressive fish when they are young.

Some species that are known to thrive with Australian lungfish are Tandanus catfish, Australian bass, and most smaller, peaceful aquarium fish.

Species such as cichlids, oscars, geophagus and other aggressive or semi-aggressive species should be avoided as they may constantly pester your lungfish.

Where To Find Australian Lungfish for Sale?

Currently, there are only a select few breeders in Australia who can legally breed Australian lungfish. They breed enough fish to take care of the demand for lungfish around the globe. Australian lungfish can be ordered directly from a breeder, or several different fish importers online. A few minutes of searching online should turn up multiple sources.

Due to their rarity and exclusivity, Australian lungfish are very expensive to purchase. A young specimen roughly 6” in size can be $1500 US or more, purchased from an importer. A larger specimen, roughly 18-24” can cost over $3500 US.

Why Are Australian Lungfish Endangered?

Research shows that in recent years only a small number of young lungfish are growing up into adult fish. Changes to the quality and extent of breeding habitat also appear to be reducing the likelihood of successful spawning. It is now believed that their numbers in the wild are fewer than 10,000.

Two of the main issues affecting lungfish are the flooding of suitable spawning sites and physical barriers such as dams blocking the movement of adult lungfish to their breeding sites. While the dams do create more places feeding habitat for the fish, they don’t provide the shallow water and dense weed cover required for successful spawning.

Another negative impact on Australian lungfish is the agriculture industry. Runoff from agricultural activities and animal production facilities gets into the rivers the lungfish live in and affects not only their food sources but also their breeding areas.

To protect this vulnerable species, it has been listed as a nationally threatened species under the EPBC Act (Environment Protection and Biodiversity Conservation), and also protected from fishing under the Queensland Fisheries Act 1994. The Australian lungfish is also listed in Appendix II of CITES (Convention on International Trade in Endangered Species of Wild Fauna and Flora).

Using high-powered computer sequencers, researchers have recently discovered that the Australian lungfish has the longest genome of any animal sequenced so far. The lungfish’s genome is 43 billion base pairs long, which is about 14 times larger than the human genome.

This genome analysis shows that lungfish are similar to amphibians when it comes to the raw number of genes associated with the development of lungs and articulated limbs, as well as the detection of airborne smells.

From an evolutionary perspective, they are genome is considered to be halfway between a fish and a land-based vertebrate. 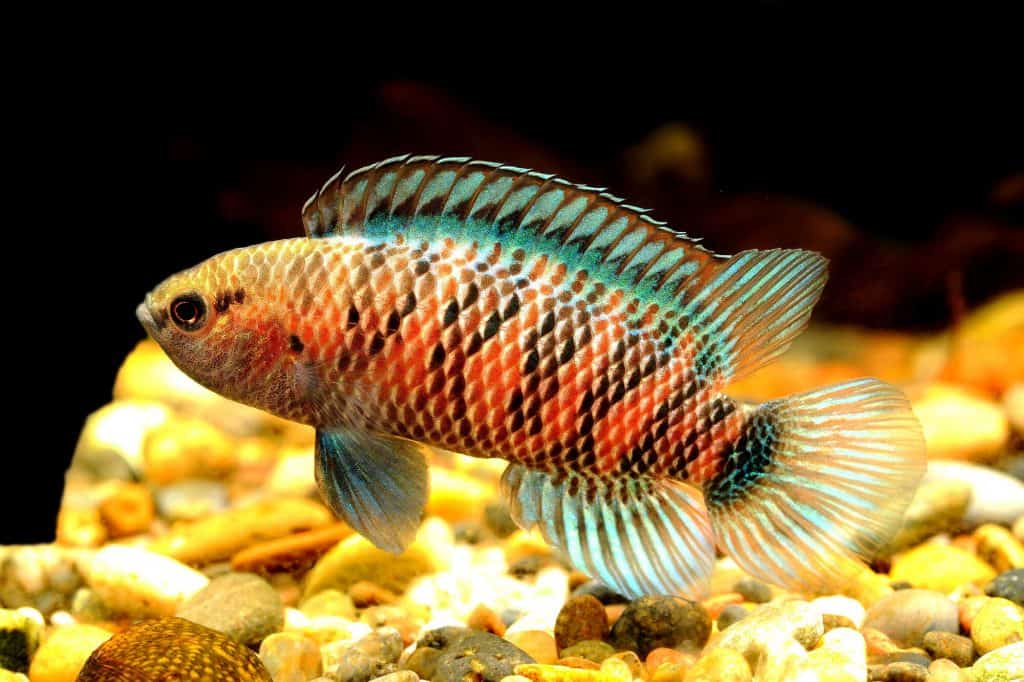 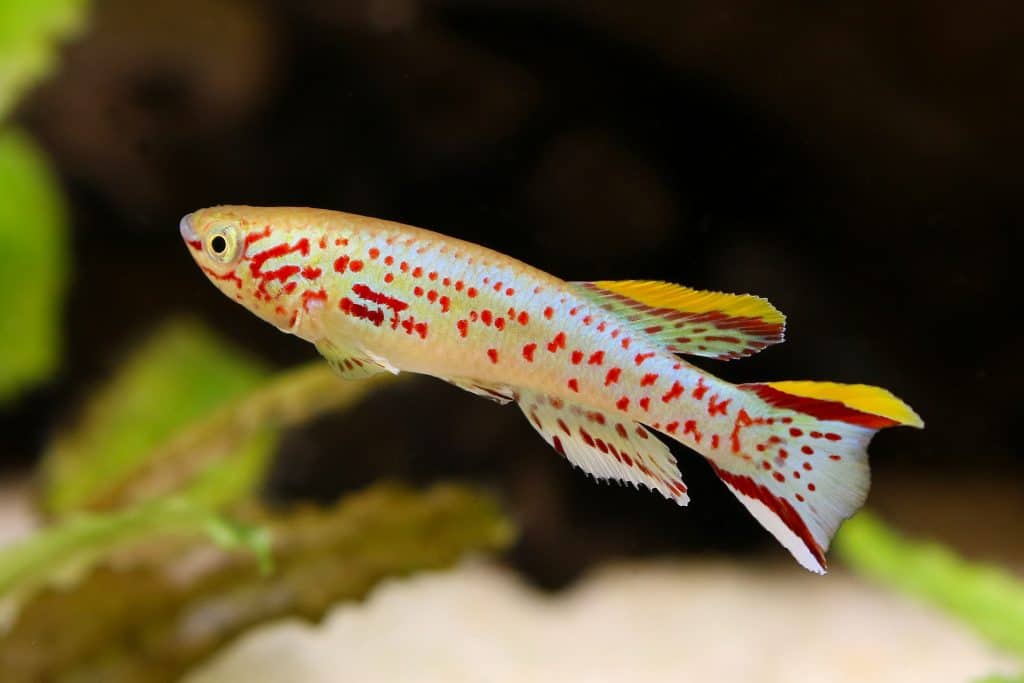 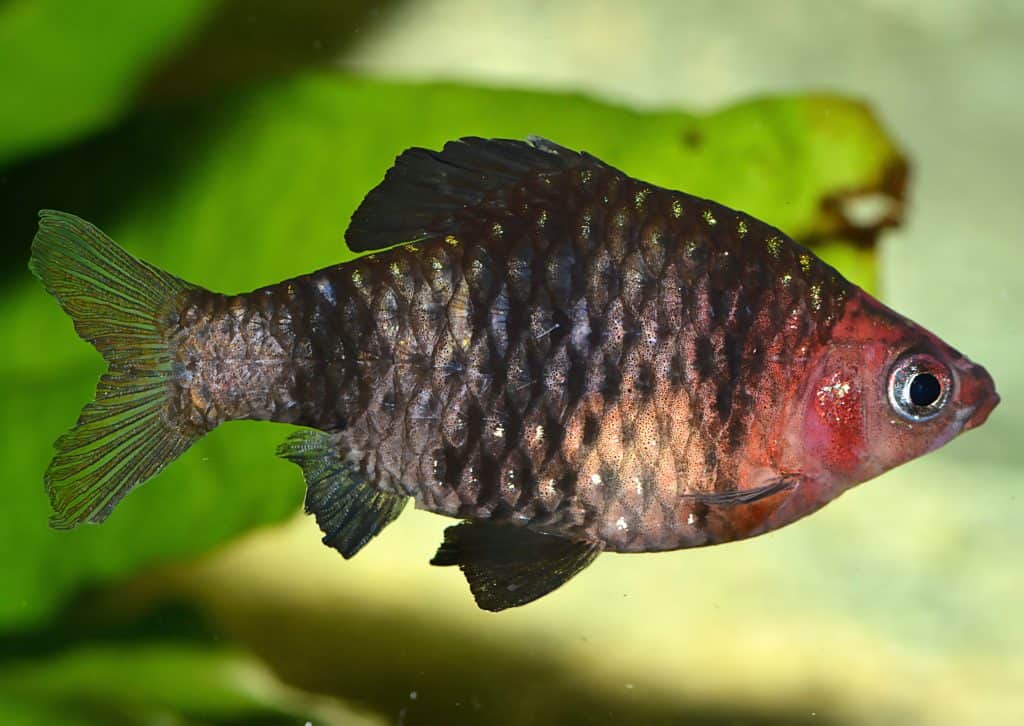