The Festivum Cichlid, more commonly known as Festivum, Flag Cichlid, Barred Cichlid, is a freshwater fish, native to the Amazon and Western Guyana in South America. They are most commonly found in blackwater rivers and streams, but they can also be found in clear waters. They are omnivorous and feed on both plants and insects.

They are usually yellow-green in color, though they can also sport brownish-red and silver colorations. They also feature a black bar that runs horizontally across its body. These fish are typically shy and tend to be peaceful. They are a social species and prefer to live in groups of at least six.

How to Care for Festivum Cichlid

Festivum Cichlid are relatively easy fish to care for which makes them perfect for beginners. They are very popular in the aquarium hobby.

The Festivum Cichlid does well in a wide range of water temperatures and will typically tolerate both cool and warm water temperatures. Be that as it may, tank water that is kept within the range of 72 – 82 degrees Fahrenheit or 25 – 34 degrees Celsius, will be best for them.

Festivum Cichlid enjoy tanks with slightly acidic water, a tank that is kept around 6.5 pH is optimal for these fish. Additionally, their breeding water should be slightly acidic with a pH of 6.5, soft at 5° dGH, and have temperatures between 77 – 82.4° F (25 – 28° C).

Festivum Cichlid are omnivorous in nature. Their diet is made up of various forms of plant matter and crustaceans, including fruit, nuts, algae, worms, insects, mosquito larvae, and other zoobenthos. For this reason, feeding them in home aquariums is fairly easy because they are not picky eaters. They will accept flakes, small pellets, frozen food and live foods of all kinds including brine shrimp, blood and brown worms.

You can help to keep your festivum healthy and reduce aggression in the tank by establishing a regular feeding schedule such as in the morning and evenings. Be careful, though, not to overfeed them as this can lead to health problems and dirty water.

Festivum Cichlid on average will live about 7 to 10 years in captivity. Keeping water conditions well and establishing a healthy diet will help to prolong the life of Festivum.

The minimum recommended tank size for a single Festivum is 40 gallons. However, since they are social species, a better option would be a 55-gallon tank that would allow for tank mates and give them space to grow comfortably.

In the wild, Festivum Cichlid comes from habitats that have dense vegetation and large overhanging trees. They thrive in tanks that mimic these natural conditions. Because Festivum enjoys being able to hide, tanks with tall plants reaching the surface and caves are ideal for these fish. Plants such as Sagittarius and Vallisneria are great options for creating this kind of environment. Additionally, include bunches of bogwood, driftwood branches, and caves that will give them ample hiding spaces. A fine gravel or sandy substrate is best for these fish.

Festivum Cichlid can be tricky to breed. These fish mate for life and form monogamous relationships early in their lives. Female Festivum may lay about 100 eggs on leaves or flat rocks, and the male will fertilize them by releasing a cloud of sperm over them. In the wild, they may prefer to lay on submerged sugarcane systems, so if breeding is difficult, add a similar structure to the tank. Both parents will be defensive of the eggs until they hatch in 3-5 days.

How to tell the difference between Male and Female Festivum Cichlid

Festivum Cichlid are difficult to sex because they look so similar so having a few in a tank is best for breeding. Nevertheless, male Festivum may usually grow larger, have large fins and develop more intense colors than females do.

They are susceptible to typical fish ailments such as Ich and Fin Rot. In addition, they are also prone to skin flukes and other parasitic infestations such as protozoa and worms, fungal infections, and bacterial infections. Be proactive about preventing diseases by giving them a proper environment and providing them with a well-balanced diet.

Festivum Cichlid do better in small schools and should be kept with peaceful fish of a similar size. Some species of fish, such as Neon Tetras, should only be kept in the same tank or they may be eaten by this Cichlid. Aggressive species of fish should not be kept in the same tank as they are a threat to the Festivium Cichlid. They can be kept in pairs or groups, but don’t usually do well singly. Some species of fish that do well as tank mates include other Corydoras Catfish, Silver Dollars and Ram Cichlid. Angelfish are also great tank mates for Festivum because they share the same temperament. Small tetras, such as Neon Tetras, should not be housed with Festivum as they will make excellent prey for Festivum Cichlids.

Where can I find Festivum Cichlid for sale? 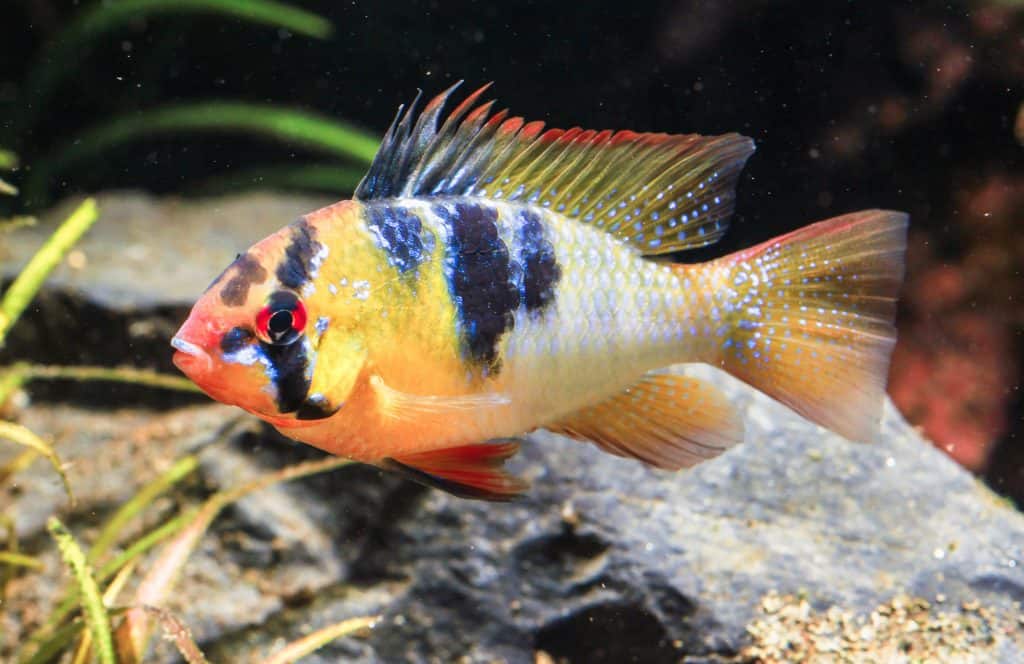 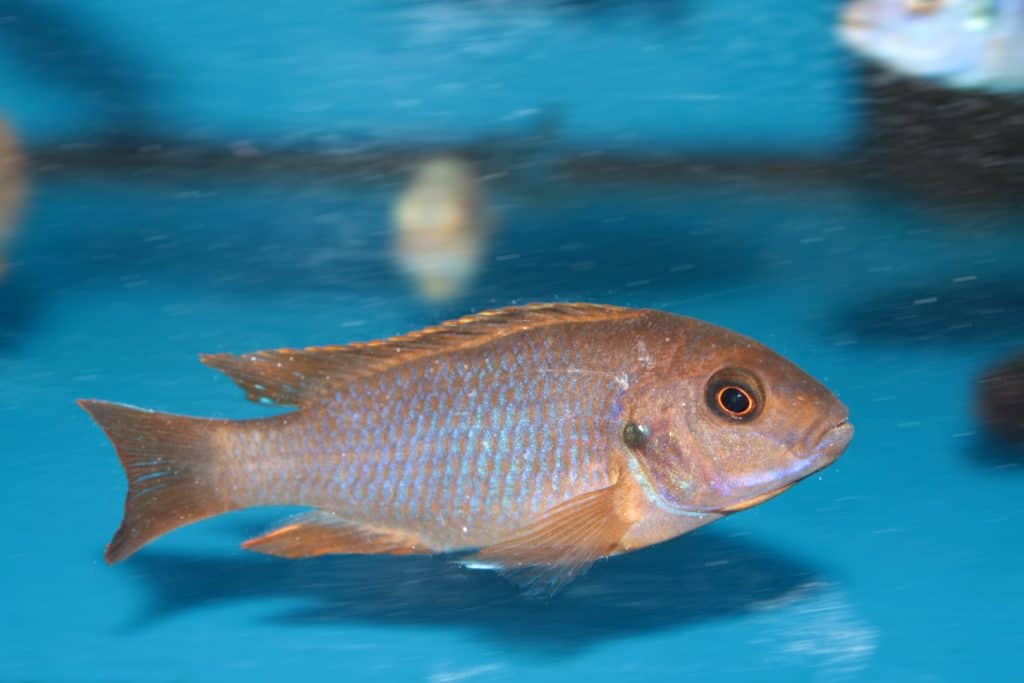 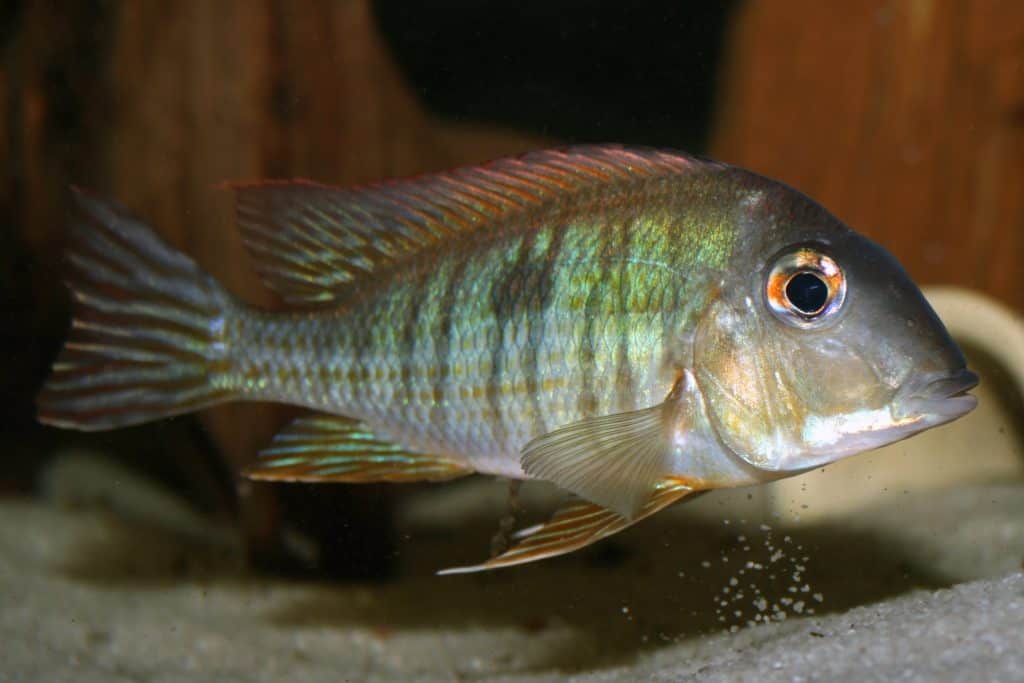