Flash Pleco, also known as the Emperor Pleco, is a popular and eye-catching Pleco variety. Dark coloration with white or yellow stripes along their bodies, this fish can add a splash of distinctive patterns to your aquarium. Because of their dark colors they are best kept in tanks with lighter substrates which provide more contrast.

In nature this fish lives in fast moving streams in Peru where they are found in submerged wood piles. This species grazes wood for microorganisms: in captivity it’s important they have a good selection of driftwood or bogwood in their tanks for best health.

Flash Plecos need clean water, and an assortment of rocks, caves, and bogwood. Naturally occurring microorganisms are an important part of this fish’s diet. It’s critical that they are only introduced to mature aquariums. New tanks won’t have the microfauna this species needs for best health.

Are Flash Pleco easy to care for?

Flash Plecos are easy to care for assuming their environmental and nutritional needs are met, making them a good choice for people new to keeping Plecos. In a clean, mature aquarium with enough driftwood and bogwood they are a hardy fish species.

Flash Plecos need mostly neutral water with a pH range between 6.5 and 7.5.

Adult Flash Plecos can reach 5 inches in length. In most aquariums they will grow to just over 4 inches. It can take up to 2 years for this species to reach its full adult length.

Flash Plecos scavenge microorganisms from bogwood and driftwood. They’ll willingly accept blanched vegetables such as cucumber and the occasional meaty snack. While they will nibble on algae wafers this Pleco prefers to graze wood in their environments. Fresh bogwood won’t have time to develop its own ecosystem of microorganisms. It’s best to allow wood a few weeks to mature in your aquarium before adding a Flash Pleco.

Flash Plecos can live 8 to 12 years with excellent care.

Flash Plecos shouldn’t be kept in aquariums smaller than 30 gallons.

Flash Plecos should be kept in mature aquariums with driftwood or bogwood. The best substrates are light colored sand or small smooth gravel. Because microorganisms are an important part of this fish’s diet, they shouldn’t be added to new aquariums. Mature tanks are important for this fish’s health. There should be enough rocks and wood included to allow your Flash Plecos to hide and claim territory. This isn’t an aggressive species, but they do enjoy having their own favorite places inside an aquarium.

Filtration is an important consideration for Flash Plecos. Because of their eating habits they can create lots of debris and waste. Any filter outflow will need to create enough current to suspend debris for easy removal. Your filter system should be able to turn over 4 to 5 times the volume of your tank within an hour. For example, a 30 gallon tank should have a filter which runs at 150 GPH (gallons per hour) or more.

It’s possible to breed Flash Plecos in captivity but it can be challenging. This is best attempted by those with experience breeding other Pleco varieties.

How do Flash Pleco breed?

Flash Plecos need aquariums with sandy substrates and lots of caves or pots to breed. It’s best to start with a group of 4 or more individuals and allow them to select mates naturally. They should be provided with extra meaty foods and tank water needs to be kept slightly acidic at a pH of around 6.0. As they get closer to spawning the males will take on a darker and spiky appearance while females will begin to fill out with eggs. Aquarium water should be changed regularly and strong filtration should not be used. A sponge filter is the best way to keep water clean without harming eggs or fry.

Keep a close watch on the caves for signs of eggs or fry. Flash Pleco fry can feed on algae or carnivore pellets. Specialized foods such as JBL NovoFect as good choices as well.

How to tell the difference between Male and Female Flash Pleco

It’s difficult to determine the sex of Flash Plecos unless they are preparing to breed. Breeding body changes include darker and spiky appearance in males and rounder bodies in females. This species is best bred in groups of 4 or more, so it’s not necessary to sex them for breeding purposes.

Flash Plecos can contract a range of freshwater fish diseases such as Ich and Pop-eye. Ich is visible as white specks along body, fins, and tail. Ich can be treated with appropriate medication and by raising aquarium water to 86° F, for 6 to 8 days. Pop-eye is a serious condition where the eyes bulge from the head. It’s usually the result of poor water quality and must be treated with water changes, vitamin supplements, and tetracycline.

It’s best to keep a separate quarantine tank available for administrating treatments to infected fish. Quarantine tanks are also useful for, as the name implies, quarantining new tank additions. A period of 6 to 8 weeks is recommended before adding new fish to your main display tank. This can give you time to catch infections before they spread to other tank members.

Flash Plecos can coexist with other fish which can tolerate higher water temperatures such as Tetras, Pencilfish, and Corys. You’ll want to avoid any fish which might nip at your Flash’s tails, such as Barbs. Schooling fish such as Tetras and Barbs can be better behaved in larger schools. Smaller groups or individual fish can become aggressive and display nipping behavior.

Where can I find Flash Pleco for sale?

Flash Plecos are a popular Pleco variety which can be found in local fish stores and from online sources. Expect pay between $25 USD and $50 USD per fish. 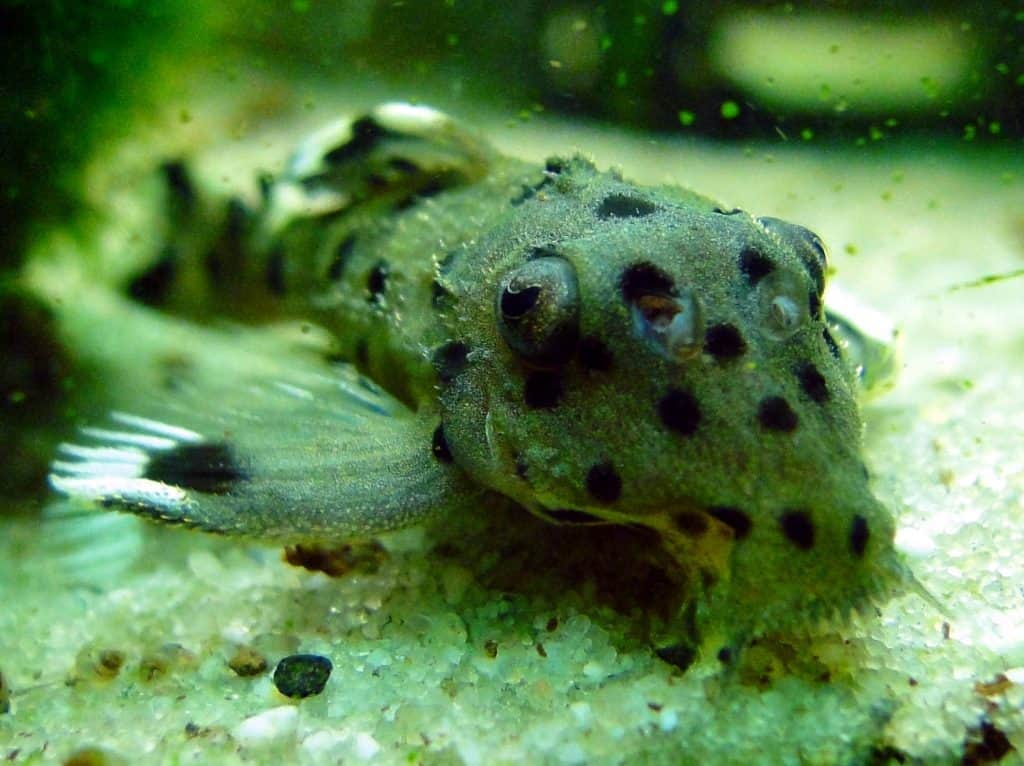 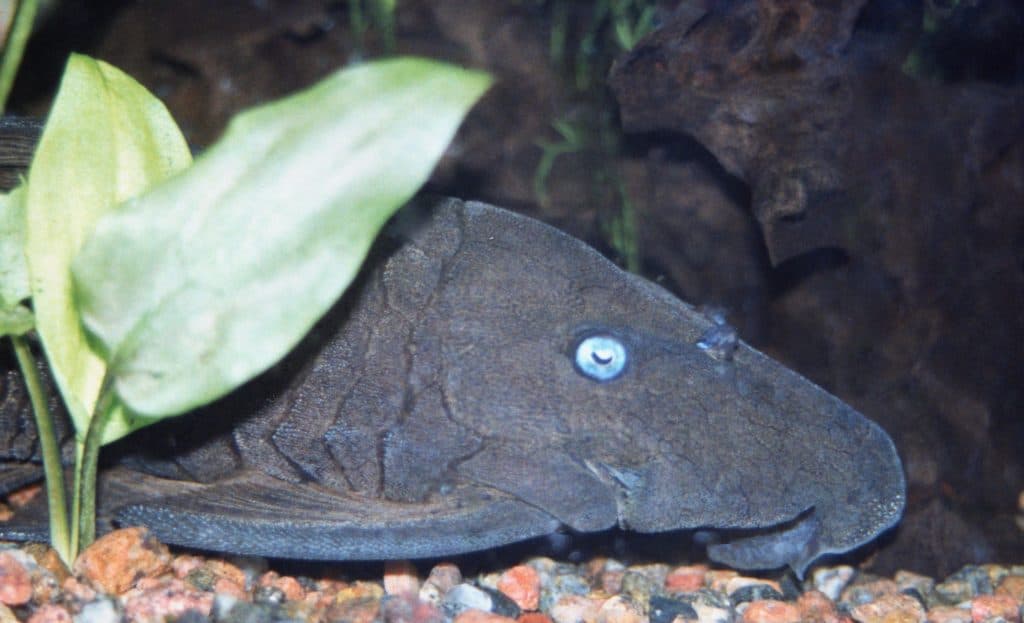 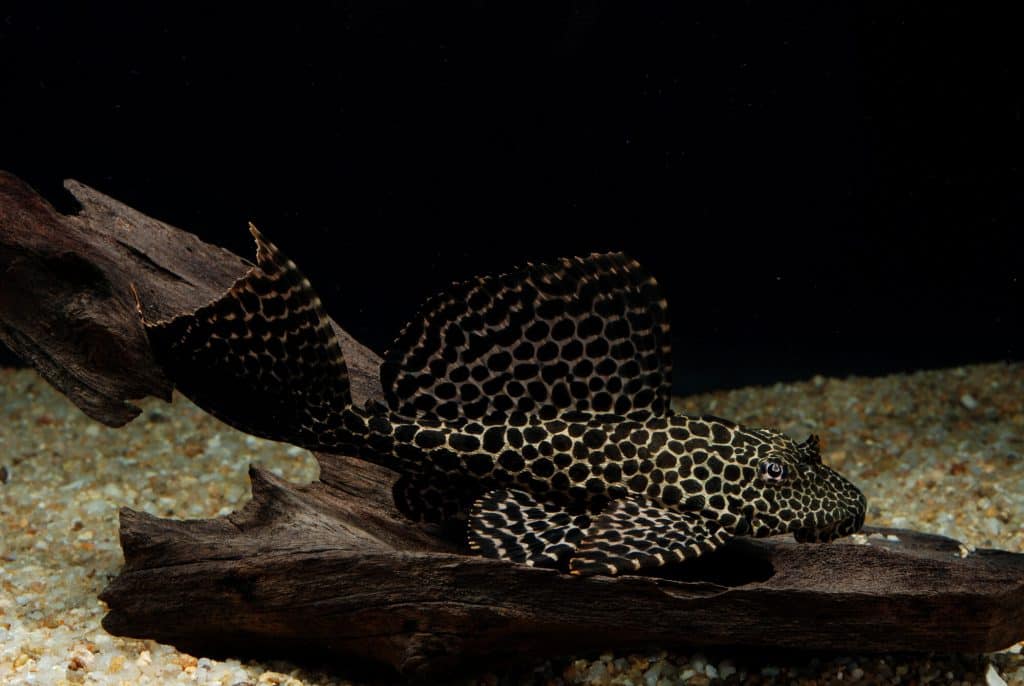