Also known as the Red Hump Eartheater, is a unique and peaceful South American Cichlid. Known for the iridescent scales and nuchal hump of the males, this species can be a unique addition to a freshwater tank. While it lacks the pronounced colors of some other South American Cichlids, this is a tough species and a great fit for nature aquariums. In its natural environment, Geophagus Steindachneri sifts sand for detritus and small organisms. Even when fed prepared food in an aquarium, it will sift sand and must be provided with a deep sand bed without gravel or sharp rocks.

Geophagus Steindachneri has simple care needs which include deep and soft sand beds, proper food as well as clean water. This is one of the more forgiving Cichlid species and can be a great introduction to South American Cichlids. This guide is intended to show you everything you’ll need to know to get years of enjoyment from this species.

Are Geophagus Steindachneri easy to care for?

Geophagus Steindachneri is a tough and easy to care for Cichlid species, perfect for beginning and advanced aquarium hobbyists. As long as their basic needs are met, you can expect years of enjoyment from this peaceful and hardy fish!

Geophagus Steindachneri can tolerate water temperatures between 72° and 82° F.

Geophagus Steindachneri needs water which is slightly acidic to neutral, in a range of approximately 6.0 to 7.0 pH.

In the wild, Geophagus Steindachneri can grow to 10 inches in length. But in most aquariums you can expect a maximum length of 6 inches for males, and around 5 inches for females.

Geophagus Steindachneri is a sand sifting omnivore. In their natural habitat they consume detritus on and under the substrate. In an aquarium they can feed on a wide range of omnivore foods including pellets, and flakes. They prefer to feed in lower tank regions, so only feed sinking foods. As this is a sand sifting species it’s important to provide a soft sand substrate free from gravel or any small rocks with sharp edges. It’s best to feed 2 to 5 small meals a day. This prevents large amounts of uneaten food from collecting and reducing water quality.

Geophagus Steindachneri can live around 8 to 10 years with proper care.

For a single Geophagus Steindachneri, a tank size of 50 gallons is acceptable. If keeping two or more males a much larger tank is recommended, at least 125 gallons or more.

Geophagus Steindachneri needs a deep and soft sand bed along with rocks and caves. Plants can be included with extra preparation. This species needs a deep sand bed to support their grazing habits; 2 to 3 inches is best. Ensure this sand doesn’t include gravel or any material with sharp edges as this can damage this fish’s mouth and gills. Include rocks and caves for hiding places and areas where this fish can claim territory. Although this is a sand sifting species, many hobbyists report that they won’t attack plants. If you decide to include plants it’s best to place them in pots where the soil surface is protected from digging.

Water filtration is import for Geophagus Steindachneri’s health. While not the largest Cichlid species, it is a messy eater and needs proper water filtration. You’ll want a filter that’s able to turn over 4 to 5 times your tank’s volume in an hour. For instance, a 50 gallon tank will need a filter which runs between 200 and 250 GPH (gallons per hour). Check water quality closely to ensure nitrates and ammonia aren’t building up.

Geophagus Steindachneri is a substrate spawning mouth brooder which can breed easily in captivity. Males are identified by their larger size, iridescent scales, and large red nuchal humps on their foreheads. After a courtship dance by the male, the pair will dig a small pit in substrate where the female will lay around 100 eggs. She quickly takes these eggs into her mouth before the male fertilizes them. This process can take as much as an hour. The eggs hatch in 2 days and the fry are free swimming after 7. Geophagus Steindachneri fry can be fed finely crushed flake food and freshly hatched brine shrimp.

Geophagus Steindachneri are susceptible to common freshwater diseases that can infect many other species of fish. A common ailment is Ich. This condition is seen as white specks along body, face, and gills. Ich is a serious condition which is fatal if untreated. In this species Ich can often be treated by raising water temperature to 86° F. for 3 days. If this doesn’t cure the condition, copper-based medications are a good choice. When using elevated heat or medication, make sure to remove any tank mates which are sensitive to either treatment.

Geophagus Steindachneri is a peaceful Cichlid species which can coexist with many other types of fish. Males can often display aggression to one another if kept in the same aquarium. If you are planning on keeping two or more male Geophagus Steindachneri, make sure your tank is large enough to allow each to claim separate territory.

Geophagus Steindachneri are usually peaceful but can become territorial when breeding. It’s best to keep one male with two or more females in smaller tanks. With a larger aquarium multiple males and females can live together provided enough area is available for claiming territory during breeding. This fish is best kept with other peaceful fish such as Chocolate Cichlids, deep-bodied tetras, Red Shoulder Severums, and Rhino Plecos. Avoid aggressive species or those which are prone to nipping, such as Tetras or Tiger Barbs.

Where can I find Geophagus Steindachneri for sale?

Geophagus Steindachneri is sometimes available from some local fish stores and online suppliers. Expect to pay between $7 USD and $25 USD per fish, depending on size. Availability can vary so be prepared to wait if necessary to find a source which has this species in stock. 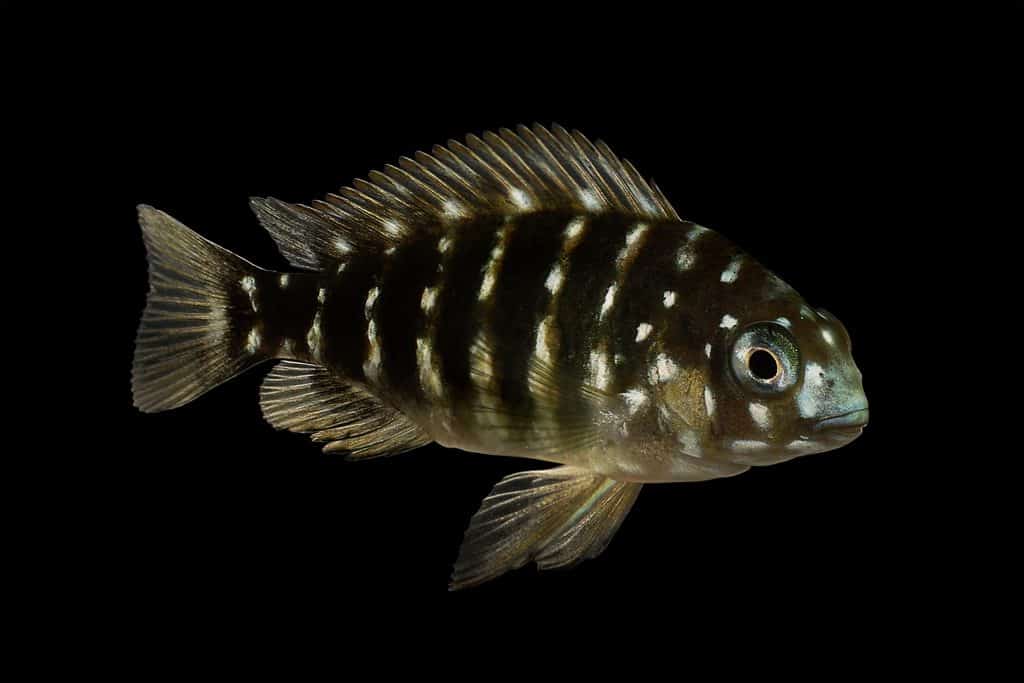 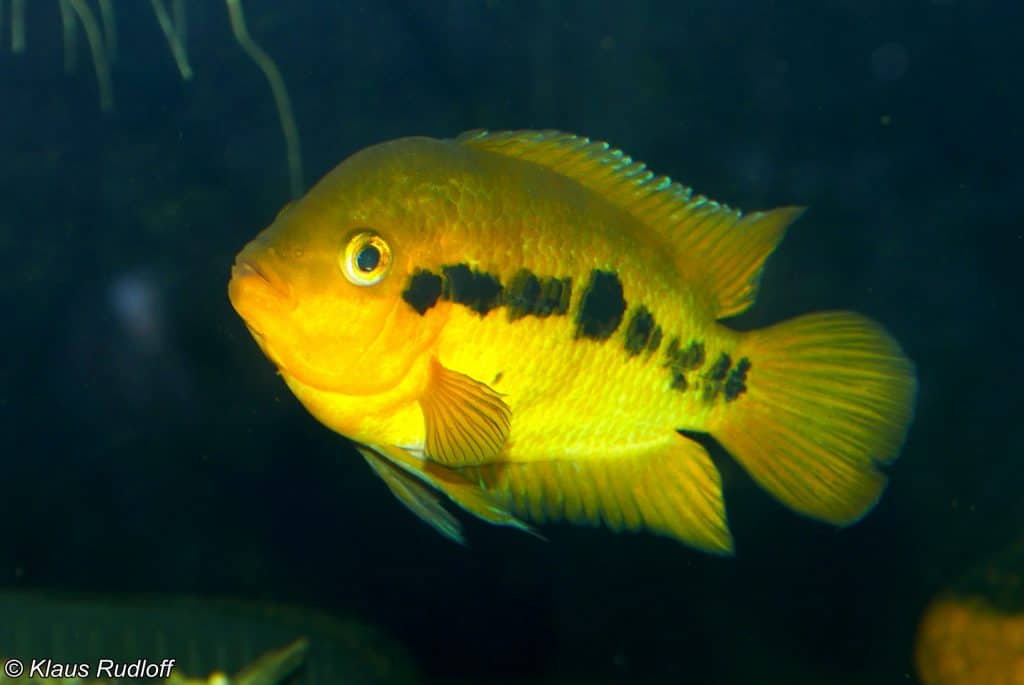 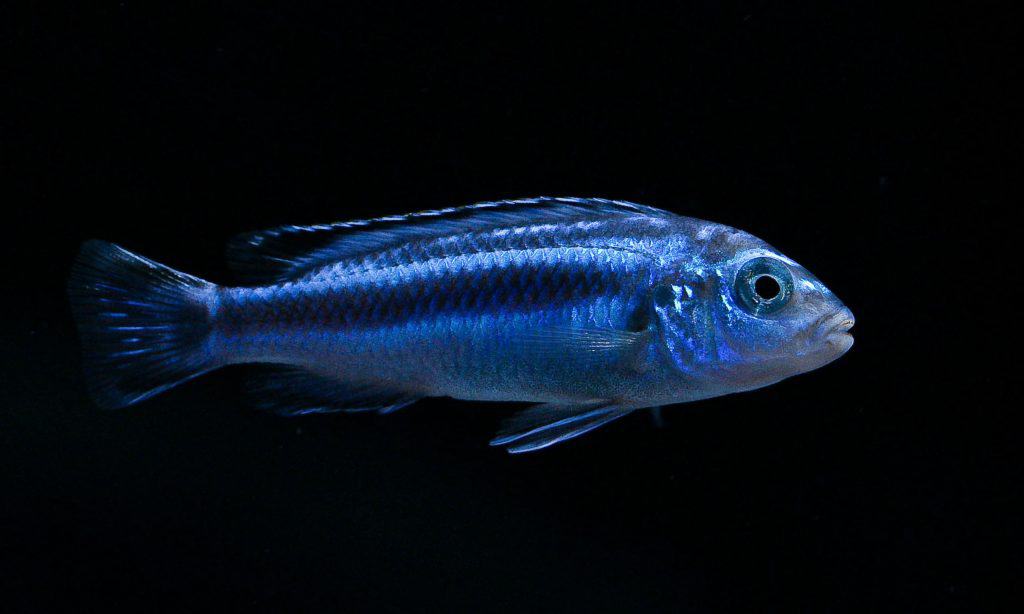