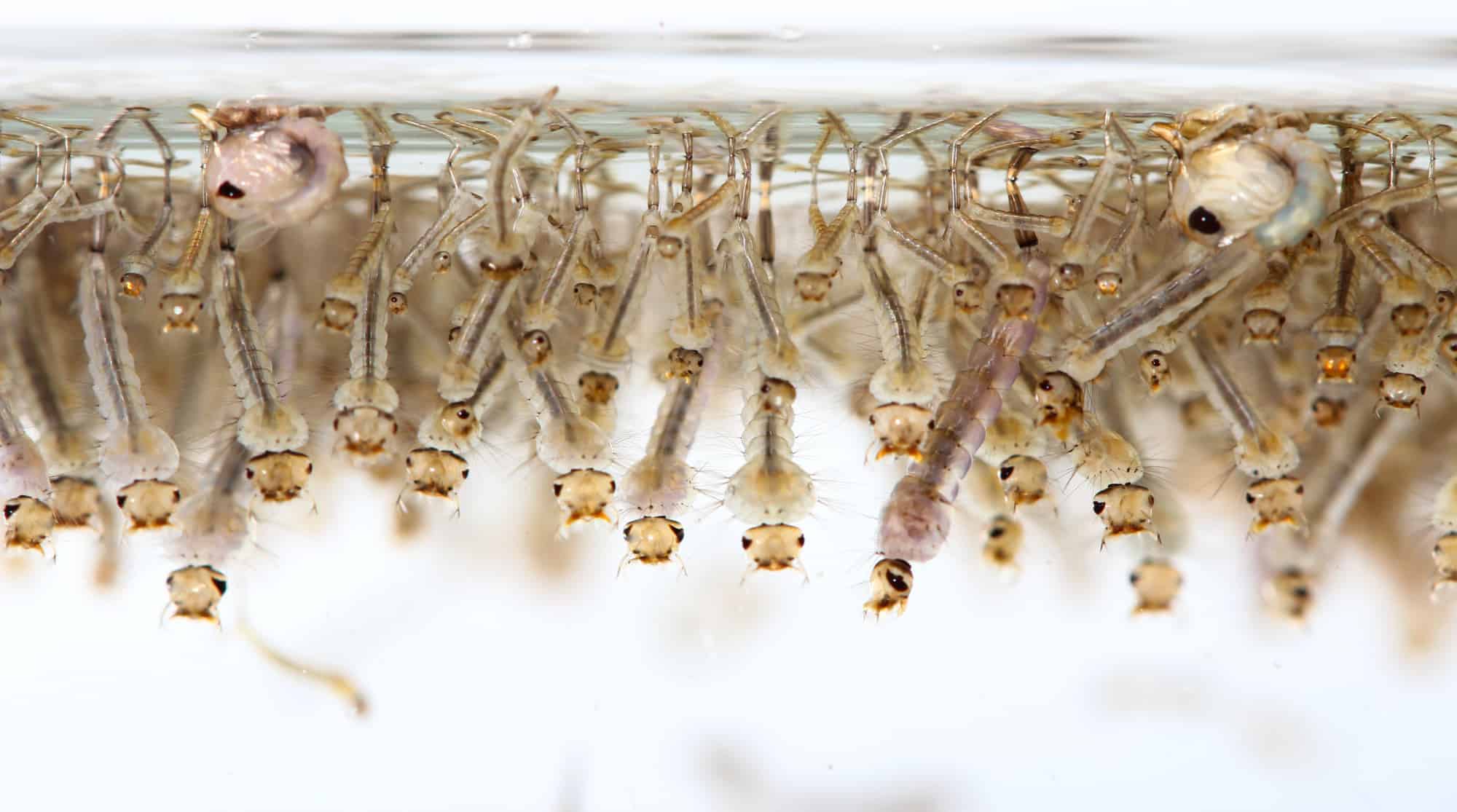 This post may contain affiliate links and we may be compensated if you make a purchase after clicking on the links.

Live fish food is a type of fish food that is fed to fish in its live form. It triggers instinctual feeding habits of fish. The movement of live food, such as a wiggling worm, makes it irresistible for even the pickiest feeders.

It is true that aquarium fish food that are manufactured by most leading brands are formulated to meet all of the basic nutritional requirements of fish. However, live fish food provides something that the dry pellet and flake food does not. Here are some benefits to live fish food, and reasons why they are necessary:

As a word of caution, live food can be a host to parasites, diseases, and contaminants. Only live food collected from a trusted source should be used. It is always better to cultivate your own live food when possible, since it can be better managed and controlled. In addition, cultivating your own live food is often more cost effective in the long term.

Where to Find Live Fish Food for Sale?

Many live fish food can be source from local rivers and lakes. Small invertebrates such as daphnia are very common in many regions worldwide. When harvesting these organisms, make sure they are from a clean source.

Local fish clubs may be a valuable source of live fish food. Many hobbyist keep a culture of live food such as microworms year-round. They may be willing to share a starter culture.

You can buy live fish food from retailers. Local pet stores is a good source of live food such as earthworms, mealworms, and wingless drosophila. For other types of live food that pet stores do not carry, look into online retailers such as Aquabid, eBay, and Amazon.

Here’s a list of common live fish food that are used in the aquarium hobby:

Each of the types of live fish food is described in more detail below. They are listed in alphabetical order.

Banana worms (Panagrellus nepenthicola) are small nematodes that are approximately 1.5 mm in length. Due to their small size, they are great for feeding fry. Banana worms are very easy to culture. You can grow them on just oatmeal and yeast.

Brine shrimp (Artemia) is a saltwater shrimp. They are often available as brine shrimp eggs or Artemis cysts. These eggs can be stored for approximately 2 years in dry oxygen free conditions, and they can be hatched within a few hours by placing them in saltwater. They are only 0.4 mm in length when hatched, making them a great source of live food for fry. Adult brine shrimp reaches 10-12 mm in length. The adults can be fed to a wide variety of fish.

California blackworm (Lumbriculus variegatus) is a species of worm that lives in shallow bodies of water such as ponds, rivers, and lakes. They are 4-10 cm in length they reproduce primarily by separating and regenerating its body. They are great for conditioning adult fish for breeding.

Both freshwater and saltwater copepod species exist. Typically, they are 1-2 mm in length. Due to their small size, these crustaceans are suitable for fry feed.

Daphnia, also known as water fleas, are small freshwater crustaceans that are 0.2 – 5 mm in length. Many species of Daphnia exist, but some of the most common species are Daphnia pulex and Daphnia magna. Daphnia pulex is the most common species of them all. Daphnia magna can reach up to 5 mm in size, making them one of the largest species of Daphnia. Both species are widely used as fish food in the aquarium hobby and aquaculture.

Duckweed is an freshwater plant that grows in the surface of the water. The common duckweed (Lemna minor) grows very quickly, and it can be cultivated with very little effort. It is a good source vegetable protein, vitamins, and minerals. Not all fish will eat duckweed, but many fish including goldfish, koi, and tilapia will.

Earthworms such as red wigglers (Eisenia fetida) are a great source of live fish food. Red wigglers reach 7-10 cm in length, making them suitable for medium to larger sized fish. Since they can be cultivated from compost, they can be a cost effective source of protein and lipid content. Studies have shown that earthworms can replace fishmeal up to 50% without reducing fish growth, according to Aquaculture Alliance.

Smaller fish such as goldfish are sometimes used to feed larger fish. Keep in mind that “feeder goldfish” available in stores are often housed in crowded conditions, raising the risk of introducing parasites and diseases.

Flightless Fruit Flies (Drosophila melanogaster) can be a good source of live fish food. The flightless variety can managed easily and it can be cultivated relatively easily. Since many fish eat small insects in their natural environment, they will not hesitate to eat the fruit flies.

In addition to flightless fruit flies, wingless varieties exist as well. Since both varieties do not fly, they are easy to manage and culture as live fish food.

Gammarus shrimp, also known as scuds, are freshwater crustaceans that reach approximately 2 cm in size. They are often available in dried form in local fish stores. However, the live Gammarus can be cultured as well. Since they are scavengers, they will feed on anything from fish food to decaying leaves. The carotenoid that is present in Gammarus is known to enhance the fishes’ natural color.

An abundance of phytoplankton makes the water green, hence green water. Green water in an aquarium is often despised and considered unsightly. However, in many natural ecosystems, green water form the base of the aquatic food chain. It supports small organisms such as invertebrates, larval fish, and fry.

Grindal worms (Enchytraeus buchholzi) are small annelid worms reaching approximately 7 mm in length. Due to their small size, they are suitable for fry. Grindal worms are very similar to white worms. They both grow in soil, and have similar feeding habits. However, grindal worms are smaller and prefer a slightly warmer temperature range.

Infusoria can be used to feed very small fry. An infusoria culture will consist of many small organisms such as Rotifers, Paramecium, Algae, Amoebas, Euglena, Stentor, and Vorticella. When the fry are too small to consume baby brine shrimp and other live food, infusoria can be used.

Mealworms are great for larger fish such as Arowana, Oscar, and koi. They are easy to culture and maintain. They can be grown on a simple diet of oats. However, by gut loading them, you can pass on more nutritional value to the fish.

Microfex worms, or Dero worms, are small aquatic worms is 1-2 cm long. They resemble blackworms and tubifex worms, but they are much smaller in size. They grow in clumps and feed on variety of decaying matter.

Microworms (Panagrellus redivivus) are small nematodes that reach 1-2 mm in length. They are a great source of food for fry, and very easy to culture. Some oatmeal and yeast is all that they require. Due to the ease of culturing microworms, they are one of the most popular types of live fish food for fry.

Moina is a species of freshwater crustacean. They are similar to Daphnia, but smaller than most Daphnia species such as Daphnia pulex and Daphnia magna. They are only 0.5 mm in length. Due to their small size, they are suitable for feeding fry.

Tubifex worm live in muddy sediments of river and lakes. They are found in ditches and open sewers as well. They have been a popular source of live food in the aquarium trade for a very long time. However, since they are often harvested from polluted areas, they have been a common cause of parasite and disease. Therefore, it is important to obtain tubifex from a clean source.

Walter worm (Panagrellus Silusioides) is a nematode that was isolated by Helmut Walter of Germany in 2002. Walter worms grow to about 1.5 mm in length, making them slightly smaller than microworms. They can be culture very easily using oatmeal and yeast.

White worms (Enchytraeus albidus) are annelid worms that can be cultured in soil. They grow to about 2-3 cm in length, making them a good size for juveniles and adult fish. A well established white worm culture can be one of the best sources of live fish food since they are rich and protein and lipids. They are similar to grindal worms. Compared to grindal worms, white worms are slightly larger and prefer a cooler temperature.

In nature, fish are opportunistic feeders and they feed on a wide variety of invertebrates and other living organisms. This is not a comprehensive list of live fish food. We are continuously updating this list. Please contact us for suggestions.

Fish Laboratory is a source of information on aquarium fish, aquarium plants, and aquascaping. Since 2013, we have been publishing expert fishkeeping content. Throughout the years, we've learned that one of the most challenging and rewarding aspects of fishkeeping is breeding fish. For many species, the bottleneck in the operation lies in successful spawning and maintaining fry survival rates. In order to achieve this, we've tested many methods and equipments. We'd like to share these experiences and knowledge on fish care.

Fish Laboratory is reader-supported. When you click on links on our site, we may be compensated as an Amazon Associate, CJ Affiliate, and other affiliate programs.